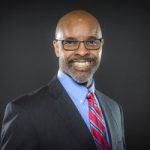 As I was studying my favorite book this week, I came across an incident where a powerful leader had been engaging with people outside of his primary people group. They were not in his in-group. However, there appeared to be sincere interactions and healthy dialogues. In this setting, their commonalities trumped their differences. They were all people working towards the same cause. This brought them together.

A few days later, peers of this leader (let’s call him Peter) show up. Because of their socio-economic status, their in-group status, their positional authority, what they may think, or some other reason, Peter disassociates himself from the people (the out-group) who were working with him. How does it feel to be abandoned by the leader?

Peter had come to them. He was an outsider who was allowed into their in-group. He saw their worth and they saw his value. Things were fine… until hypocrisy reared its ugly head. You see, Peter was an inclusive leader when it was convenient. He embraced inclusivity behind closed doors. But he wasn’t ready to adopt it openly. This made him a hypocrite. So the question is, “How do we become an anti-hypocritical inclusive leader?” Allow me to make three suggestions.

Realize that hypocrisy can sneak up on us [BLIND SPOTS]. Peter was taught to only associate with people from his in-group. He lived most of his life this way. In his adult years, he had a change of heart. He understood that all are created equally. He was invited into the home of a person from his out-group to share some critical information. He accepted and shared. His change of heart and his sharing with this particular household reinforced the notion that we are all part of the human race. As he grew in leadership, he began to interact with more people who were different than he. He was becoming an inclusive leader.

As he was working with an “out-group” in a remote area (again, things were working well), other leaders appear. It is then that Peter changes his behavior. He became more concerned about the opinions of his peers than he did about the mission or the people. I don’t believe Peter did this intentionally. I believe this was Peter’s blind spot. His desire for peer approval was greater than his desire to do the right thing. Whenever a leader puts his/her desires before the needs of the people, the organization suffers. We all have blind spots. The key is having enough diverse trustworthy people around us who will point them out to us when needed. Otherwise, hypocrisy can sneak up on us.

Recognize that hypocrisy can be contagious [GROUPTHINK]. As I continued studying the book, I discover that Peter’s peers, the other leaders, were swept up in his hypocrisy that they began behaving the same way. Groupthink had settled in rather quickly. According to Psychology Today, “groupthink is a phenomenon that occurs when a group of well-intentioned people makes irrational or non-optimal decisions spurred by the urge to conform or they believe that dissent is impossible. It may be due to group members valuing harmony and coherence above critical thought.”

Many of us have heard the saying, “I’ll go along to get along” or “Don’t rock the boat.” Here is the irony. Peter wanted to behave like the other leaders, and they wanted to behave like Peter. So, they all became dysfunctional leaders going against what they individually believed, to conform to the expected or assumed belief of the in-group.

Even as a seasoned leader, beware of the pressure to conform. Conformity is not healthy. It involves people being programmed to behave and think the same way and sometimes it is unintentional. Other times it is malevolent. Instead of conformity, continue a push towards unity – unity of purpose, unity of mission, unity of vision, and unity of core values. Unity involves multiple perspectives of independent thought striving to reach a common goal. Remember, hypocrisy can be contagious especially when groupthink settles in. Diversity helps to protect against it when all perspectives are welcomed.

Respect the need for correction and adjust as necessary [HUMILITY]. Peter and his peer leaders were in their clique treating the out-group different than the way Peter had been treating them days before. They were all being hypocritical… all but one leader. Let’s call this leader Paul. Paul is the one who understood “better is open rebuke than love that is concealed.” Paul rebuked Peter in front of the other leaders. Usually, he would pull that person aside to correct them in private. However, because the peer leaders also needed correction, Paul addressed Peter directly and the others indirectly. Paul loved Peter and his peer leaders. Paul loved the organization. Paul loved the people. Paul loved the mission and wanted to see it accomplished. He loved enough to ensure that everyone was accountable to the mission and to each other.

Peter and the rest had to be humble enough to receive the correction and adjust their behavior to accomplish something greater than themselves. People may listen to what a leader has to say but they will definitely judge what a leader does. Actions speak louder than words. Had hypocrisy continued, they would have risked the mission. Someone had to take a stand and speak up for open inclusivity. That someone was Paul. Did Peter correct his behavior or did he hold a grudge against Paul for calling him out? Peter was humble enough to receive the rebuke and adjust as necessary. At a later date as Peter was leading another group, he wrote to them imploring them to remember not only what he had taught them but also what Paul had taught. He acknowledged the wisdom of Paul. Paul was an anti-hypocrital inclusive leader and Peter had become one as well.

For us to become anti-hypocritical inclusive leaders, let us be aware of blind spots and groupthink while being humble enough to receive correction and adjust as necessary. Who is your accountability partner?

The Warrensville Heights Area Chamber of Commerce works to promote, enhance, and foster the growth of business in the area communities of Highland Hills, North Randall and Warrensville Heights, Ohio. Visit whacc.org to subscribe, get involved, or join. Do you have news, updates, or opportunities you would like to share? We’re looking to our members to submit world-class content for our print newsletters, email newsletters, and social media channels. Please submit your business articles, tips, and resources to news@whacc.org
View all posts by WHACC Publisher →
Join the WHA Chamber of Commerce

View the WHACC Connects Message Board!

From the WHACC Connects Message Board: Local Deals, Promos, and News! We w

The WHACC is happy to share this article sent to us by NOACC, originally wr